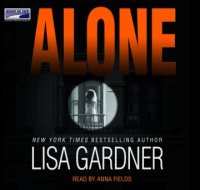 General Note
Unabridged, per publisher web site.
General Note
Spoken compact disc.
Participants/Performers
Read by Anna Fields.
Description
As a sniper with the elite Massachusetts State Police SWAT Team, Bobby Dakota saved a woman and her young son by shooting her armed husband. But vicious rumors begin to circulate the next morning when Bobby loses his gun and his privileges. It turns out the dead man was the son of a prominent Boston judge and had accused his wife of poisoning their son. Facing awkward stares and a crippling wrongful death lawsuit, Bobby begins his own investigation into the fateful shooting-and a fight to reclaim the life he holds dear. As the trail takes him into a twisted minefield of sordid wealth and family secrets, he is learning that nothing - and no one - is what they seem.
Powered By Aspen Discovery supported by ByWater Solutions
v. 23.01.02
CONNECT WITH NOLS
Loading, please wait
...