The boys from Biloxi
(Audiobook CD) 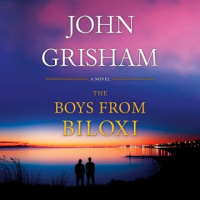 General Note
Title from disc label.
Participants/Performers
Read by Michael Beck.
Description
Keith Rudy and Hugh Malco grew up in Biloxi in the 1960s and were childhood friends. But as teenagers, their lives took them in different directions. Keith's father became a legendary prosecutor, and Hugh's father became the "Boss" of Biloxi's criminal underground. Keith went to law school and followed in his father's footsteps. Hugh preferred the nightlife and worked in his father's clubs. The two families were headed for a showdown, one that would happen in a courtroom.
Powered By Aspen Discovery supported by ByWater Solutions
v. 23.01.02
CONNECT WITH NOLS
Loading, please wait
...